DSM Dyneema is taking part in the government’s multiannual energy plan by submitting various energy saving projects. This includes the Economiser project for the distillation column of the UH plant. It was a huge challenge in terms of the time frame, but with assistance from Sitech they managed it within the deadline!

Less cooling in distillation column
"The economiser project relates to one of the distillation columns of the UH plant,” explains Koen van Putten, Program Manager & Project Management at DSM Dyneema. “We use it to clean the substance heptane for reuse. After the distillation, the temperature of the heptane is first greatly reduced and then increased again for storage and reflux. By not cooling the substance down as much initially, it is then quicker to heat back up again, which saves quite a lot of energy. Various modifications to the system were required for this change.”

Challenge in the planning
“In March 2019 we received approval from DSM Dyneema for our tender to carry out this project, including the preparation of the scope,” says Jouke Dam (Project Manager at Sitech). Technically speaking it was not very complicated: new valves had to be installed and modifications had to be made to the insulation and the DCS control system. The main challenge lay in the planning, as the valves had to be ordered prior to the engineering for them to be delivered on time. This was a risk, which we took on ourselves.”

Close collaboration with SABIC
A smooth implementation also required collaboration with SABIC, who operate the UH plant for DSM Dyneema. Koen: “They are also responsible for the safety of the plant,” says Koen. “If we want to make a change, SABIC has to approve the engineering plans and safety studies first.” “Fortunately, they helped us in every way they could,” responds Jouke. “They gave us a few accounts to access their systems with. The plant had to be shut down for the conversion, so they scheduled a minor turnaround especially for that.”

Compliments on a successful project
Thanks to the efforts from all the parties, the project was successfully concluded in December 2019. “My compliments on this job,” says Koen. “I know from experience that it is not easy to get these kinds of projects through the entire organization in such a short time. That really was a great effort! Technically speaking the project was a complete success, but we now need to prove that it actually yields the planned energy savings.” 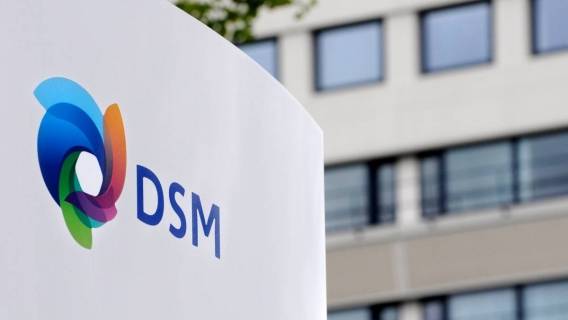 Barts blog: Innovation is a Case of Trial and Error