Inspections without human intervention: achievable in the near future?

The use of robot technologies in technical inspections in confined spaces offers countless advantages. This technology has not, however, been fully tested in our chemical industry. That’s why we carried out a pilot during the turnaround that took place at Fibrant this spring using drone inspections to verify the measuring methods. Here are the advantages, results and lessons learned!

Advantages of drone inspections
The drone inspections are performed in collaboration with RoNik Inspectioneering. “We have had some previous success with them, for example in the inspection of the drying column at AnQore,” says Rob de Heus (Champion World Class Maintenance, Sitech). Steven Verver is Managing Director at RoNik. He summarizes the advantages of inspections using robots in confined spaces: “To start with, it’s safer. If something happens to an inspector in a confined space, then we can get him out again quickly. It also saves on costs, as there is no need to construct scaffolding or cut away pipes. This also saves time, which means that the duration of the turnaround can be reduced.”

Results and lessons learned
What are the initial findings from this pilot? Integrity Engineer Han Claessen: “First impressions are positive; we were able to get a good picture of the equipment and construction. We need to get a closer look at some surface details to ascertain whether these differ from what we have seen ourselves.” Some lessons have also been learned. “The images were a bit shaky, as it was hard to keep the camera still,” says Peter. “We also had some trouble with the drone’s cage assembly coming into the picture. You also have to get used to seeing everything in two dimensions rather than three. This requires some experience from the inspectors.” “Technology is continuing to develop all the time, meaning that these issues have been addressed in the short term,” answers Steven.

Added value for preparation
The team agrees that the technology has worked well and that it is very useful. “We now need to evaluate the pilot so that we can demonstrate the usefulness of the results,” remarks Han. “A great advantage is that the images are recorded, and so can be reproduced. You can, for example, take shots from all angles of a weld or a defect. These can be used as input when preparing for a subsequent turnaround and as the basis for evaluating the next inspection. This delivers a huge amount of added value.”

“We now need to evaluate the pilot so that we can demonstrate the usefulness of the results.”

Hopefully there will be a breakthrough after the follow-up pilot
Of course, it doesn’t end with this pilot. Rob: “Sitech Services and RoNik have joined forces with SPRINT Robotics, a network of industrial companies that aim to promote the development, availability and use of robotics in technical inspections and maintenance. We will soon be carrying out a pilot in a former refinery in Duinkerken. This time, we will be inspecting vats where we are certain that there is damage. The aim is to demonstrate that damage is present and to measure the qualitative extent of this damage. If we can prove that this inspection method is a reliable alternative, then this would represent an enormous breakthrough in making tunarounds manageable.” 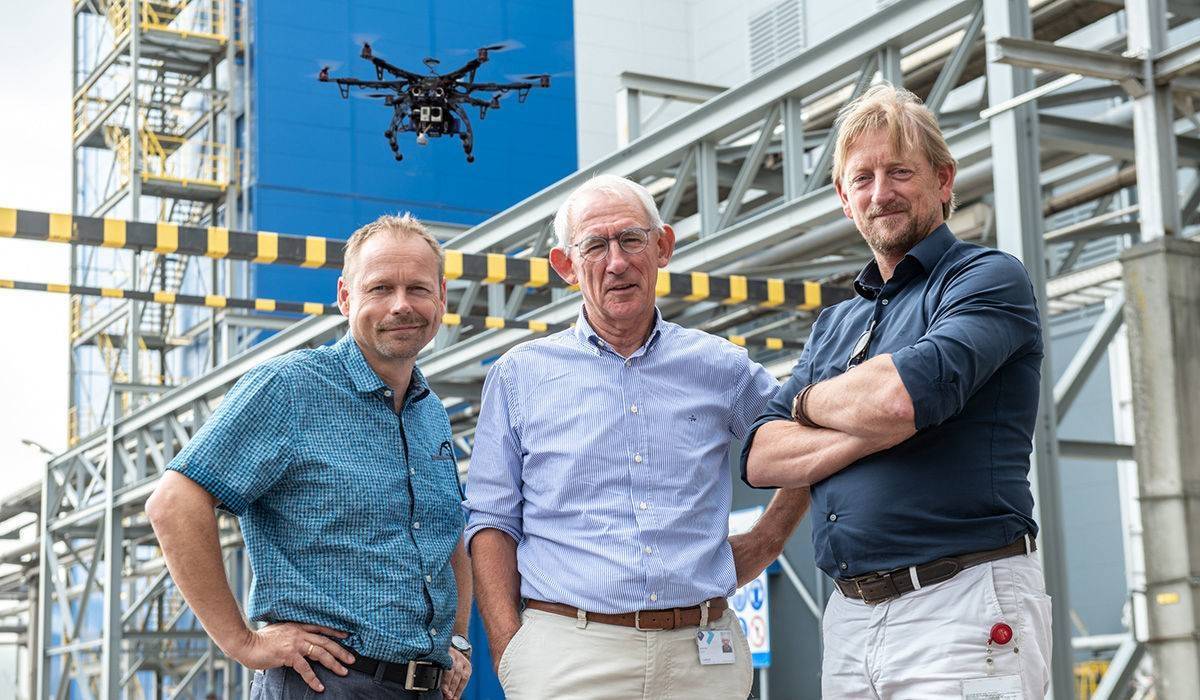 E-learning for the process industry