After 30 years of faithful service, two LaMont boilers in OCI Nitrogen’s fertilizer plants were due for replacement. The contract for removing the old boilers and manufacturing and installing the new ones was awarded to MCL Apparatenbouw. This was a challenging project with first-rate cooperation as a key factor.

Many problems resolved in a short time
Project manager John Schepers (Sitech): “We had repaired leaks in the LaMont boilers during the 2015 turnaround. As we were worried about new leaks, we looked into potential solutions. One of these was to completely replace the middle section and the headpiece of the boilers. We also resolved other problems, such as making it safer to enter the boilers to perform inspections by installing a manhole on the middle section. We also came up with an improved design for the flange connection, wall cooling and burner trough. We fleshed this scenario out into a business case, taking into account the production losses and the revenue from platinum recovery.”

Completely new engineering
Following extensive market research, the choice was made for MCL Apparatenbouw to perform the engineering, construction and installation. Mark Haen, Quality Manager and Construction Manager: “We were delighted to have won this sizeable contract. A LaMont boiler is 9 meters high, measures 4.5 meters across and weighs 33,000 kilograms. Inside the boiler there are over 3.5 kilometers of wall spirals. The original drawings of the system appeared to be incomplete, so the engineering had to be performed again in full.” Henk Thijssen (Senior Chemical Engineer at Sitech) adds: “Every small change to the system had to be assessed. The wall spirals had to be higher in order to reduce the thermal load on the wall.”

Checking 1,200 welds
“This was the most challenging contract I’ve ever had,” recalls Rob Feij, Project Manager at MCL Apparatenbouw. “We wanted to outsource the engineering and construction of the spirals for the wall cooling to a specialist company. We chose to go with the German company FINOW Industrie Service GmbH. They had close links with Steinmüller B.V., the original equipment manufacturer (OEM) of the boilers, and had all the technological know-how we needed.” The wall spirals have 1,200 welds, all of which had to be checked. Sitech Inspections took on the role of User Inspection Service (UIS).

Intelligent solution to overcome the lack of height
The project team also faced some major challenges during construction. Mark: “Once the parts had been delivered, we wanted to position the boilers upright in order to fill them from above. Unfortunately, our workplace wasn’t high enough. To resolve this, we had to dig a construction pit measuring 7 x 13 meters across and 2.5 meters deep.”

Euphoria during hoisting
The middle sections and headpieces were transported to the Chemelot site. Rob: “In order to hoist them into place, we first had to tackle a new challenge: the lifting hole in the plant was too small. We therefore had to construct a movable roof structure.” “When we were hoisting in the boilers, we only had 1.5 to 2 centimeters of play around the tail gas heater and LaMont boiler,” says Mark. “It was a matter of millimeters to fit the new boiler into the 30-year-old frame. But after an hour or two we managed it. That was a euphoric moment.” Then it was time to start it up. Henk Thijssen: “The boilers worked brilliantly. So well, in fact, that the boiler feed water pumps were at their border capacity due to the improved heat transfer and steam production. After replacing one of these pumps, the system ran at full speed.”

Successful project thanks to open cooperation
The project team is proud of this result, which is thanks in no small part to the open and constructive cooperation. John: “The result was a top quality product, that was delivered within budget and on schedule, and also without any incidents or injuries.”

“A fantastic project that was fun to be involved in! It presented many technical and technological challenges. A super result in the field of Safety and Quality. The boilers are also doing their job wonderfully.” 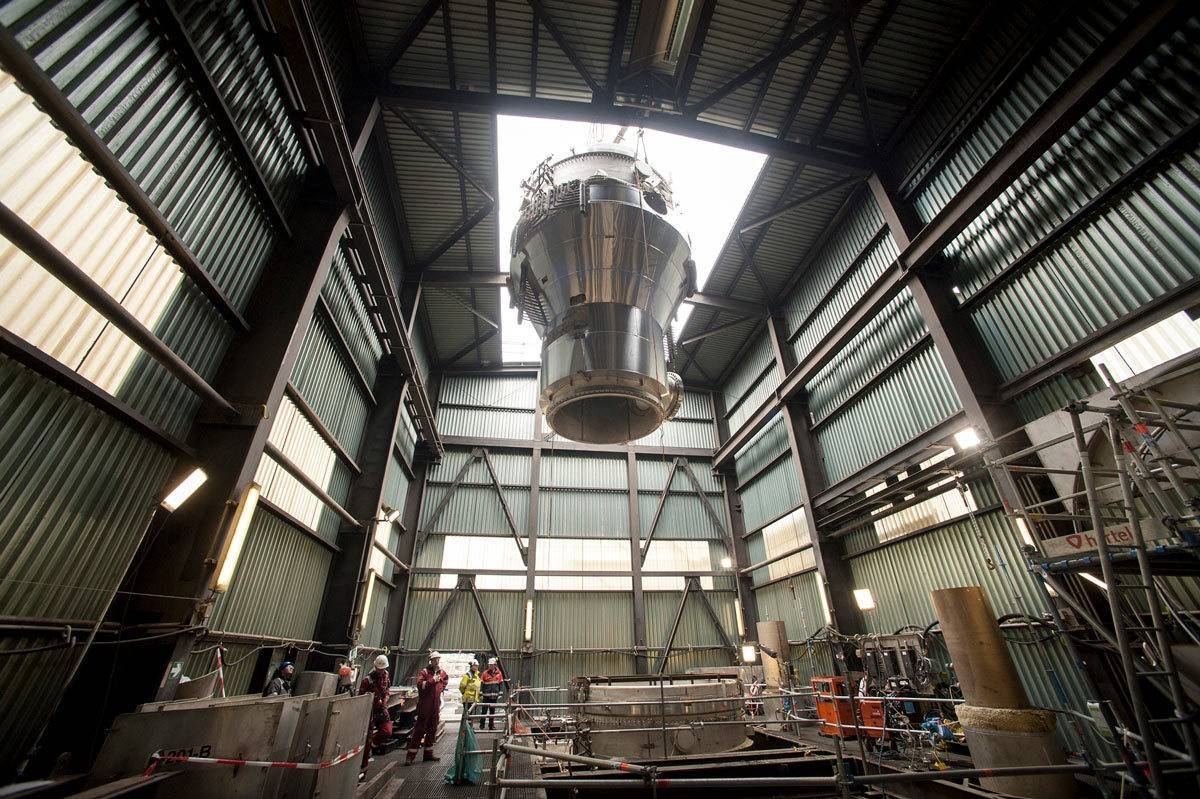