How do you increase the capacity of a plant in which the most important installations have already been optimized? The CERES project team implemented 60 improvements at the KAS Granulation plants of OCI Nitrogen using the Advanced Manufacturing method. This reduced the number of grain line malfunctions by more than half.

Plant malfunction as a bottleneck
There is a booming demand for calcium ammonium nitrate fertilizer. For this reason, the Plant Manager commissioned OCI Manufacturing Fertilizers (OMF) to carry out production in a more reliable manner at the start of 2015. This is because malfunction of the grain lines – which occurred once to five times a week – formed a bottleneck for increased production. As a result, a project team led by Leo Penders (Sitech Technologist) set to work on the CERES project.

Identifying performance killers
In 2011, various installation components were renewed. The resulting increased production was still short-lived. "There was no point in replacing even more parts, so we had to carry on with the installation as it was", explains Leo. "In order to carry out production in a smarter manner, we attempted to identify the most significant performance killers: Coperion coolers, dolomite and granulation. We identified minor improvements in each of these categories. These were proposed from different disciplines: production, maintenance and technology. From all of the ideas, we chose the solutions that were quick to implement and led to greater stability."

“In order to carry out production in a smarter manner, we attempted to identify the most significant performance killers.”
Leo Penders, Sitech Technologist)

Fire disrupts success
Hans Geijselaers (Technical Manager OMF at Sitech): "By carefully monitoring each process step and making it manageable, you can prevent factory malfunctions and downtime. The focus was placed on a constant factory load here, by ensuring that there were sufficient raw materials, amongst other things. This approach appeared to be successful: we were already on target to achieve the planned tonnage in September 2015. However, a devastating factory fire scattered soot in the food."

Training and improving during the restoration period
The factory's restoration period was put to good use. Hans: "When the factory resumed operations, a huge quality problem arose. We ultimately managed to achieve an enormous improvement here: from five breakdowns a week to two a week. The ultimate test was the summer period, during which we normally had to shift the factory down a gear due to melting of the product at high outside temperatures. This summer we were able to continue to produce at maximum capacity up to a temperature of 31°C. The result was a 15% improvement in throughput."

New ideas for improvement all the time
"It developed over the course of the process as we came up with new ideas. All in all, the CERES team implemented 60 improvements, which have ensured that the bottleneck for increased production no longer lies within the grain lines", explains Leo. He mentions a few examples here: "We discovered that we could achieve a lower product temperature by increasing the speed of the tumble driers by a few revolutions. The use of other sieves also led to a higher throughput while maintaining the same quality. Finally, we introduced Advanced Process Control of the lines in collaboration with the operators, which helps to ensure uniform control of the factory." 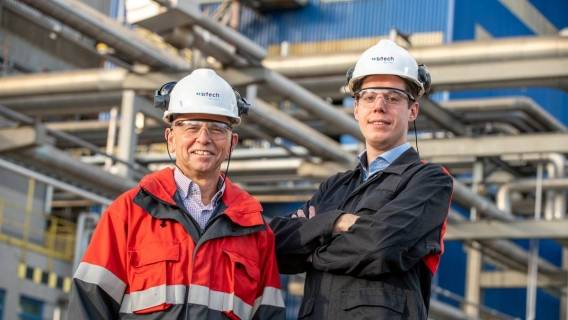 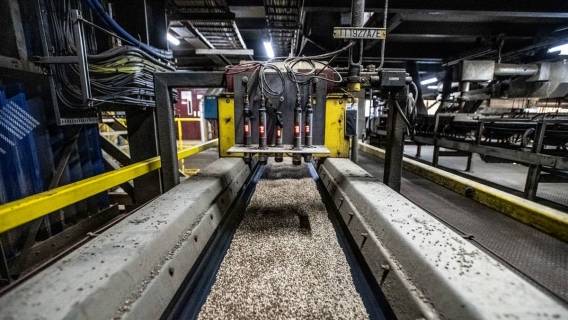