Inspections of confined spaces using a drone sounds promising from a safety point of view. After all, how great would it be if inspectors no longer had to enter confined spaces themselves? In practice, however, we aren’t quite there yet. What steps still need to be taken to validate this alternative inspection method?

Approval required from supervisor
In recent years there have been various drone inspection pilots. “Unfortunately these inspections have not been not validated,” explains Jolanda Cobben (Senior Inspection Officer & QA/QC). “To be validated, the inspection method needs to be tested, approved, proven and reproducible pursuant to laws and regulations, which it currently isn’t. That is why we started developing an inspection method that can be validated by our supervisor, Lloyd’s. The first step in this process was a pilot conducted during the Arlanxeo Turn Around.”

Standard procedure and instructions required
“We have listened closely to our colleagues at the BU Inspections, who act as the User Inspection Department (IVG),” says Wilbert Derks (Program Manager Innovations). The discussions revealed that, while using drones to fly by for a visual inspection is one thing, an inspection with reproducible procedures and instructions is something else altogether. Research at various market parties showed that these are not yet available as standard, which is why we decided to develop them ourselves. We went looking for a firm specializing in non-destructive testing (NDT) that also works with drones. That is how we found ApplusRTD.” 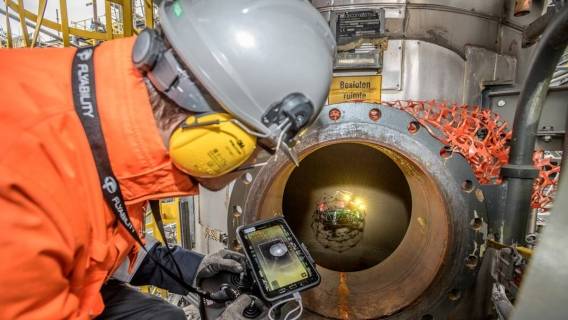 Record method for future inspections
A lot of time was spent on the preparations for the pilot. “To record the instructions, we used the ISO standards referred to by laws and regulations,” explains Marcel Warnier (Mechanical Engineer – Corrosion & Materials). “This allowed us to prepare an initial draft in consultation with ApplusRTD. It included agreements on camera color settings, the required resolution, lighting, and the software to be used. But we also defined what route the drone would follow in advance. It is important to record these details, so that the inspection can be carried out in exactly the same manner in a few years’ time. That's the only way you can then compare results.”

Comparison of two inspection methods
To carry out the pilot, two pressure units from EPT3 were selected that would have to be inspected during the December 2019 Turn Around. Jolanda: “We decided to inspect them in parallel,” Jolanda explains. “The first inspection made use of a drone, which I supervised myself. Afterwards the same units were inspected once again by my colleague in the traditional way, i.e. by personally entering the units. During the assessment, we will be comparing the two inspection reports to see where the differences are.”

Pilot learning points
The pilot yielded a number of learning points. Jolanda: “As the camera on the drone communicates with the monitor via Bluetooth/Wi-Fi, the images are compressed,” says Jolanda. “This makes the resolution too low to view everything properly on the monitor. We saw two marks that seemed to be cracks or bulges, but we weren’t able to assess them properly on the monitor. To verify this I went inside myself, and they turned out to be only a scratch and a discoloration.” Marcel adds: “You cannot see depth on the camera images; you would need to use a photogrammetry camera for this. Furthermore, it is a misconception that you save time. A drone inspection takes at least as long as a regular inspection, partly because you need to replace the batteries every seven minutes and the images still need to be looked at afterwards.”

More research required
The conclusion is that further steps need to be taken to ensure a sound visual judgment when using a drone. “This inspection method is highly suitable for preliminary inspections or visual checks,” state Jolanda and Marcel. “But for inspections of specific pressure equipment, we need a custom inspection procedure for every pressure unit in the reassessment plan, based on failure mechanisms and accessibility.” Wilbert concludes: “For the time being, we want to get closer to a supported and validated drone inspection method through follow-up inspections during the 2020 Turn Around season. In addition to this, we will soon be visiting DOW Chemical to see how far they have got with drone inspections.” 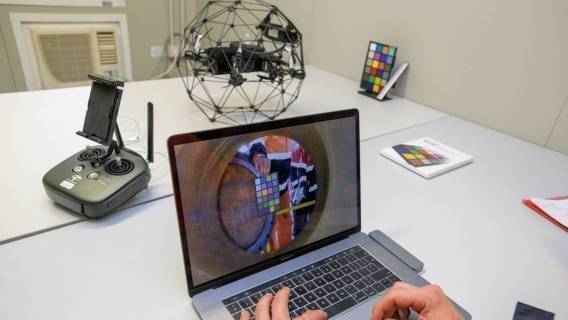 Columbus’s egg for corrosion under insulation?

E-learning for the process industry